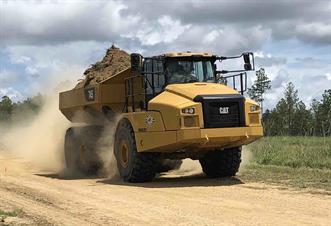 CANTON — Amazon on Monday purchased approximately 69 acres at the Madison County Mega Site signaling the global giant is prepping to locate some
sort of facility here.

Owen Torres, a spokesperson for Amazon, released a statement to the Journal that said: “Amazon is a dynamic business and we are constantly exploring
new locations and weighing a variety of factors when deciding where to develop future sites to best serve customers, however, we have a policy
of not commenting on our future roadmap. This land purchase in Madison County, MS provides us with the flexibility to quickly respond to our future
network needs. Stay tuned for more information.”

Part of the land MCEDA sold to Amazon was also purchased on Monday from Walker Lands II, LLC, a family trust that sold MCEDA original acreage at the
Mega Site and optioned the rest for future purchase. The land MCEDA bought Monday was sold to Amazon in addition to existing land owned by the
agency.

There is currently a site plan for review before the Madison County Planning & Zoning Commission depicting a warehouse to be located on 69.02 acres
at the Mega Site.

The site plan is associated with an economic development project titled “Project Pine.” The acreage for the project matches the exact acreage Amazon
purchased from MCEDA Monday.

On Wednesday, construction crews and heavy equipment operators were in full force at the Mega Site doing dirt work and clearing trees.

The Madison County Mega Site is located at Highway 22 and Nissan Parkway. MCEDA owned 325 acres with an option to buy another 600 acres from the Walker
family.

The Journal has previously reported that MCEDA has been working closely with Entergy Mississippi to put in a $60 million substation that could provide
upwards of 80 megawatts.

Ed Gardner, director of economic and business development for Entergy, previously told the Journal they plan to break ground on the substation in December.

“There’s no one in the state who we serve that goes up to 80 megawatts,” Gardener said earlier this month. “That right there makes this one of the
most capable sites in our service territory from an electrical standpoint.”

Back in February 2018, then brand new at MCEDA, Deason explained in a Canton Rotary Club talk his vision for the county and the potential for economic
development.

“Madison County is strategically located between Dallas and Atlanta and can expect to be in play for distribution facilities, in particular, to relieve
stresses for companies like Amazon in those regional hubs,” Deason told the club.

Fast forward a couple of years and Amazon is investing in Mississippi. The online retail giant is building an 860,000 square-foot building in Horn
Lake in addition to a warehouse in Olive Branch.

Amazon currently has a receiving and sortation center in the Memphis metropolitan area.