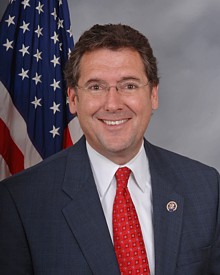 InsideGov, a government research website that provides detailed information
on national and state-level politics and government activities, has named Congressman Gregg Harper (R-Miss.) as the 5th most influential Member of
Congress for 2015. He was ranked #5 out of the top 21 Senators and Representatives.