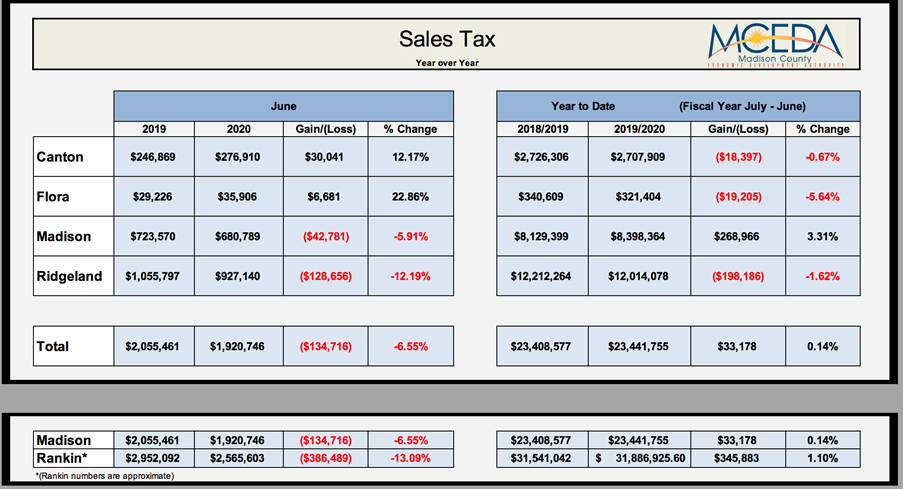 Above are the numbers for the diversions paid to cities in the month of June, as well as the Year-to-Date numbers. You may notice that we have updated
our Fiscal Year to Date to now reflect the Department of Revenue’s Fiscal Year – previously we had it according to Madison County’s Fiscal Year
( October – Sept).

As a reminder, the report below represents sales tax collected in April, reported to DOR in May, and paid to cities in June.

From the month of June, the municipalities of Flora and Canton saw an increase in sales tax diversions, while Madison and Ridgeland saw a decrease.
From a Fiscal year perspective, the county is relatively stable 0.14%. We have one more month to report for the Fiscal Year, which will be released
next month.