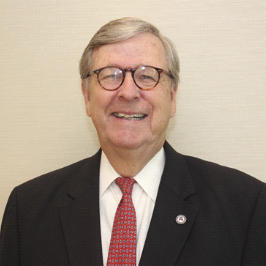 Chairman Sam Kelly is proud to announce the appointment of Greg Hinkebein as Chairman
of the Madison County Business League & Foundation (MCBL&F) Entrepreneurship Committee. The mission of the MCBL&F Entrepreneurship Committee
is to provide a forum for the education and support of members seeking to capitalize on their entrepreneurial spirit. The Committee seeks to foster
an environment where members can network and share ideas concerning entrepreneurship with other like-minded members and further develop the core skill
set that relates to building and running innovating enterprises. The Committee strives to be a driving force in enhancing the entrepreneurial culture
in Madison County and mentors budding entrepreneurs.

Hinkebein has balanced a military career with a business career, beginning with receiving a commission as a First Lieutenant in the U.S. Army through the
ROTC program at MSU and reaching the rank of Captain in the Mississippi National Guard.

He has worked for both the public and private sectors, including a stint with the IBM Corporation in Jackson, before going to work as Assistant Legal Counsel
with the Mississippi Economic Development Department. While there, he assisted in the formation of the Institute for Technology Development, Inc.,
a public/private partnership to commercialize technology from Mississippi’s universities.

Hinkebein practiced law at Wells, Moore, Simmons, Stubblefield & Neeld. He continued to work with the ITD which led him to become associated with the
Stennis Space Center where several ITD employees were located.

Hinkebein served as Legal Counsel in the office of Governor Kirk Fordice from July 1993 to April 1997. He worked on various issues including legislation,
economic development, corrections, general obligation bonds, higher education and litigation while continuing his work with ITD, the Stennis Space
Center and the Mississippi Science and Technology Commission.

In February 1999, Hinkebein was chosen as president & CEO of the Mississippi Enterprise for Technology, Inc. at the Stennis Space, a technology incubator
that works with NASA, NOAA and the US Navy as well as other federal agencies and private companies to create new products from government, university
and private research. Over 500 private sector jobs were created at Stennis through commercialization and assistance in the location of private companies.
After retirement from the position, he continued to assist the company and the Stennis Space Center in commercialization efforts.

Hinkebein now serves as Chairman of the Board of Directors of MsET as well as working with Mississippi’s research universities to take advantage of the
assets of NASA and the Stennis Space Center.