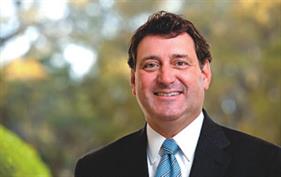 Article Published by Ted Carter with the Mississippi Business Journal.

Madison County officials say they expect to fill a vacant executive director position at the county Economic Development Authority sometime in the
spring.

Officials say they must first complete a public-private collaborative “visioning” process for the development authority before filling the post Tim
Coursey left in April. In the meantime, Ken Oilschlager will continue guiding the agency on an interim basis.

Oilschlager got his start as an economic development professional in the late 1970s as a member of the county’s newly created development authority.
He took over in June and will have a key role in setting the course for economic development in the suburban county of more than 100,000 residents
and home to an assembly plant of Japanese automaker Nissan.

Also holding a key role will be Gray Swoope, the executive director of the Mississippi Development Authority during Gov. Haley Barbour’s term. Swoope
left the post in spring 2011 to become Florida’s secretary of commerce and head of Enterprise Florida, the state’s public-private economic development
entity. He is now a principal in the consulting firm VisionFirst Advisors, an economic development subsidiary of the Butler Snow law firm.

The first step, Swoope said, will be an assessment of the county’s main economic engines and an examination of ways to build on them, especially the
clusters of automotive suppliers and service providers to Nissan, whose 13-year-old assembly plant in Canton employers more than 6,400 people.

“There is a great opportunity to build a strategy around existing strengths,” he said in an interview last week.

Another task, Swoope said, will involve a close evaluation of value-added opportunities by which the value of a product is increased at each stage
of production. This will involve a lot of collaboration with the private sector, he noted.

The overall job, according to Swoope, will be deciding initiatives for Madison County to embark on in the near term, mid term and long term. Done right,
the county should see an increase in both jobs and wages and be competitive to the point it lands on the radar of global companions looking for
locales in which to expand, according to Swoope.

Swoope briefed the Madison County Business League and Foundation last week which coincided with VisionFirst Advsior’s start of work in Madison County.
The firm will give the county a report in January that includes its conclusions and recommendations, Swoope said.

Those findings and the suggestions for increasing the county’s competitiveness will be important in shaping the job description of the Economic Development
Authority’s next chief, Oilschlager said.

He said county supervisors intend to hire an executive search firm. “It’ll probably be spring before we have a permanent person,” added Oilschlager,
who was retired for three years before taking on the interim job.

Though in the post temporarily, Oilschlager insisted he is not “just keeping a seat warm” for his replacement. He said he hopes to see progress in
his remaining months on a mixed-use development whose principals say they want to include a hotel and conference center.

“I am sort of shepherding the visioning process and operating on a day to day basis,” he said in an interview last week.

Beyond the hotel and conference center, the county has “some things in the hopper. Nothing I can say anything about,” Oilschlager added.

In the meantime, it’s always good to step back and look at where the organization has been, where it is now and where it is going, he said.

One certainty is that the county’s core business – advanced manufacturing, especially in the automotive sector – won’t change, according to Oilschlager.

But more thought will go into leveraging those strengths, he said. “To be competitive we have to stay on top of that,” he said. “This needs to be more
of a journey than a destination.”