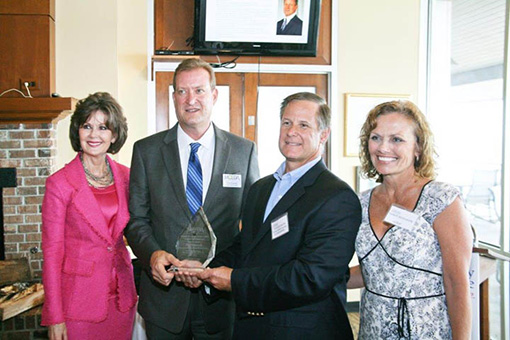 Dan Bednarzyk, VP of Manufacturing Nissan North America – Canton, MS, was honored for Nissan’s many accomplishments during his tenure at the Canton plant from 2002-2013. Dan will continue his career with Nissan in a newly created position at their North America corporate office in Tennessee. Tim Coursey, Executive Director of MCEDA, and MCBL Executive Director Jan Collins presented Dan with a crystal award in recognition for his service to Nissan and Madison County. MCBL and MCEDA wish Dan and his family well in their transition to Tennessee!

View all photos from the event.