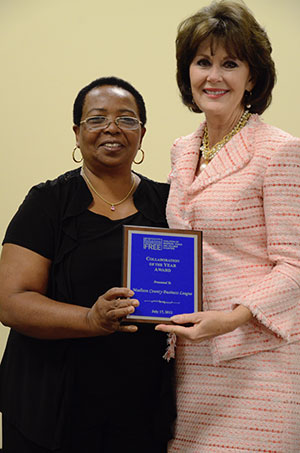 The RAT pack will be back at East Flora Elementary this year.

Students at the school enthusiastically join in the singing and activity filled spirit of the Reject All Tobacco movement on campus, counselor Valerie Seal says.

“We incorporate RAT into all our classes. The kids love the music and the creative side.”

Plus, the anti-smoking message is important for the children in grades K-5, and there are good lessons in character development in the program that comes from the Mississippi Tobacco Free Coalition, Seal said.

For its dedication to the anti-tobacco message, East Flora was honored last week as the RAT Team of the Year by the Mississippi Tobacco-Free Coalition of Madison, Yazoo and Holmes Counties.

The East Flora Elementary team was just one of 163 groups, either RAT or Generation Free teams, in the three-county area. They reach more than 3,000 students with the message that smoking is not cool, but harmful.

Director Rochelle Culp said the three-county coalition is looking to be “stronger, better and ready to attack the year ahead.”

Last week, as a thank you to coalition members, Culp gathered representatives from the three counties for a celebration dinner. “The coalition couldn’t operate without its members,” she said.

“The coalition will be working to reach more people. In Madison County, we want to get our tobacco-prevention course, now in 15 schools, in more schools at every grade level,” Culp said. “My goal is to be in every school in Madison County and Canton, and we will continue to educate the community on the harmful effects of second-hand smoke.

“The Madison County coalition has a strong following, but we’re always looking for ways to bring in more members from all sectors of the community,” she said.

State Treasurer Lynn Fitch, a Madison County resident, encouraged coalition members to continue spreading the word about how harmful smoking can be. Fitch said she lost her mother at age 62 to lung cancer as a result of smoking.

“When she was young, no one talked about the dangers of smoking. The more we talk about it now, we can get children to understand that their wellness is important,” said Fitch, a mother of three.

The Madison County Business League and executive director Jan Collins were honored by the coalition for Collaboration of the Year. Collins worked with Culp last year on getting Canton to adopt a smoke-free ordinance.

Madison County is the only county in the state where all local municipalities have adopted smoke-free ordinances. Culp and Collins said they are working with the Board of Supervisors to get unanimous support so Madison County can become the first county to adopt a similar ordinance.

Also receiving awards from the coalition were Madison County resident David Buchanan for his service as a “dedicated advocate for tobacco prevention” and Daisy Carter, Madison County’s Underage Drinking Prevention Coalition leader, for her work to unite the two coalitions in fighting tobacco use and drinking by teens.